END_OF_DOCUMENT_TOKEN_TO_BE_REPLACED

NOTE: I started this early in March for Women’s History Month, and then Coronavirus happened. Yet girls still need to be celebrated and kids still need to read, so better late than never! 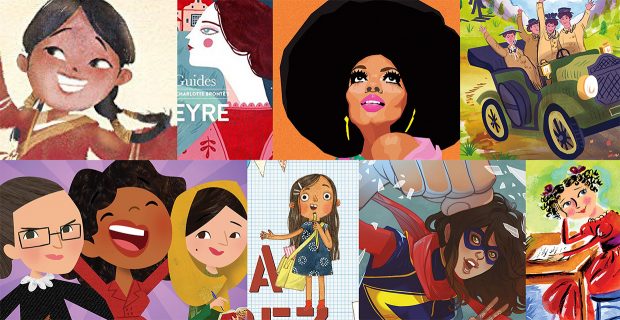 In honor of Women’s History Month, I’ve pulled together 10 of my favorite recent picture books about girls. You’ll notice I didn’t say these books were for girls. Because while girls were likely the primary audience — and there really can’t be enough kids’ books celebrating girls — boys need these books just as much… if not more.

While Papa and I have always tried to raise our son to value and appreciate girls as much as boys, it’s still an uphill battle. For every Wonder Woman movie, Serena Williams victory or Elizabeth Warren speech there are dozens (hundreds?) more male superheroes, athletes and politicians being given the spotlight. Teaching equality and respect takes work, and one of the best ways we’ve found to communicate these values is through time spent reading to and with our child.

END_OF_DOCUMENT_TOKEN_TO_BE_REPLACED

Amplifying the Young Voices of March for Our Lives

and On March 24, 2018, hundreds of thousands of people attended March for Our Lives — a protest and call to action held in hundreds of cities in every state across the U.S. Yet even more amazing than the massive crowds were the many young speakers raising their voices in frustration, fear, anger, and mourning.

They voiced their frustration at the lack of any real change to America’s gun laws in the last decade. They voiced the fear they experienced at school or in their neighborhoods as they were terrorized at gunpoint. They voiced their anger at the NRA and its influence over Congress, local legislators, and gun owners in general. And they voiced their sorrow — mourning siblings, cousins, classmates, teachers, friends and neighbors whose lives were — and continue to be — cut short by a culture of unfettered gun violence.

Yet with all of this against them, they spoke out — bravely, with purpose, and with hope.

On February 14, 2018, the latest (at this writing) mass shooting occurred in Parkland, Florida. Seventeen people were murdered at Marjory Stoneman Douglas High School, fourteen of them students. As there’s not much new I can add to the conversation, I thought the best way to honor the silenced students was to amplify the same number of young voices from March for Our Lives.

Watch Emma’s entire speech to get the full effect of her message. And then please (PLEASE) leave a positive comment on YouTube to counter the avalanche of hatred she’s enduring.

END_OF_DOCUMENT_TOKEN_TO_BE_REPLACED

December flew by like an icy, winter wind, scattering wrapping paper, dried up pine needles, and a smattering of holiday-themed lunch notes. So before I get too mired in the new year, here are December’s SuperLunchNotes!

I didn’t try to force themes onto each week, mainly because there were very few full weeks in December due to regular recurrences of holidays, bad weather, and sickness. Yet each note did have a bit of Christmas flair… or Hanukkah pizzaz in one case.

Star Butterfly is the lead character in Star vs. the Forces of Evil, one of the new batch of weird and wacky cartoons Jon has been watching lately. Though odd, I dig that Star is a powerful princess who takes no guff AND has a super sparkly wand! And several head-only Unicorns as pets. Like I said… odd.

END_OF_DOCUMENT_TOKEN_TO_BE_REPLACED

The latter part of 2017 saw an endless parade of powerful men exposed for predatory behavior. As we enter the new year, I wanted to share some #MeToo stories that had an impact on me. At one point I thought this wouldn’t be timely any longer, but quickly realized what a weak (and completely inaccurate) reason that is for not joining the conversation. It’s never too late to examine how I’ve played a part in our culture of misogyny and abuse; never too late to explore how I can do better; and never too late to amplify the voices of the women who’ve shared their stories… and the countless more who haven’t.

For a long time, I’ve considered myself an advocate for women. I’m very much for a woman’s right to choose; I cheer when women excel in areas historically dominated by men; I’ve raised my son on female superheroes and discouraged gender-bias in toys, media, occupations, and the like. Hell, I even attended a conference at the White House on women and girls, marched in the Women’s March, and voted for Hillary — twice.

Plus I’m gay, which grants me Automatic Ally status, right? Seeing as I’m not a sexual threat to women, how could I possibly be a misogynist? How could I be part of the problem?
.
END_OF_DOCUMENT_TOKEN_TO_BE_REPLACED

The last couple months of the year are a downhill avalanche of festivities for our little fam. Halloween quickly gives way to Jon’s birthday week, which then steamrolls into Thanksgiving, and then it’s just all-holidays all-the-time until January 2nd. Mixed in with the holidays and birthdays was a lot of movie-going — all of which provided some great lunchtime inspiration. So grab some popcorn, a turkey leg, and a slice of birthday cake — here comes November’s SuperLunchNotes!

END_OF_DOCUMENT_TOKEN_TO_BE_REPLACED

October SuperLunchNotes: A Month of Villains!

Admit it — villains are more fun sometimes. They get all the good lines, they have the coolest gadgets and flashiest costumes, and they always go out with a bang. So in honor of Halloween and all things villainous, October SuperLunchNotes were ALL BAD GUYS ALL THE TIME. So sit back in your high-backed chair, stroke your white cat or twirl your mustache, and enjoy these devious doodles.

END_OF_DOCUMENT_TOKEN_TO_BE_REPLACED

Stereotypes are convenient, yet entirely dismissive of a child’s ability (and need) to experience beyond what society expects of them. As his father, I strive to fill my son’s eyes, ears, and mind with all the richness and diversity the world has to offer. And as he’s got two dads, making sure he’s surrounded by strong females is at the top of that list.

In addition to the real women in our lives, superheroes have been a way to introduce Girl Power to my son. From the books we read, to the notes I put in his lunch, and of course the TV shows and movies we watch — he’s never lacking for examples of strong, wondrous women.

Below are 10 of the best examples of Girl Power shows for boys* currently on Netflix, all “Boy Approved” by my “all boy” boy.

END_OF_DOCUMENT_TOKEN_TO_BE_REPLACED

Raising a Son in the Age of Trump & Rape Culture 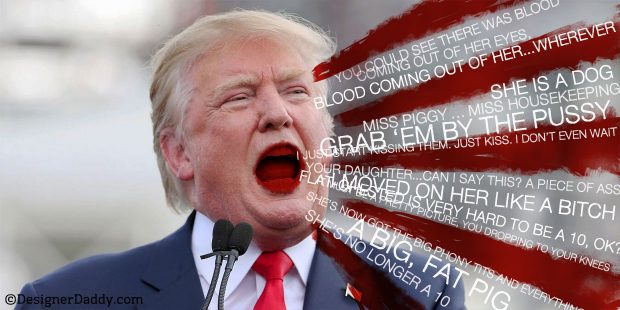 When I first read the words, I was sick to my stomach. It worsened as the coverage expanded, as I watched and re-watched the video and awaited the eventual (faux) apology. Nausea then gave way to disgust as I witnessed a serial assaulter attempt to shame his female opponent by exploiting the assaults of even more women.

Yet as this insanity unfolded, my greatest anxiety came from the question on repeat in my head:

How do I raise my son in the age of Donald Trump and rape culture?
.